To want is to be able: Workhorse Weghorst auditions at Old Trafford 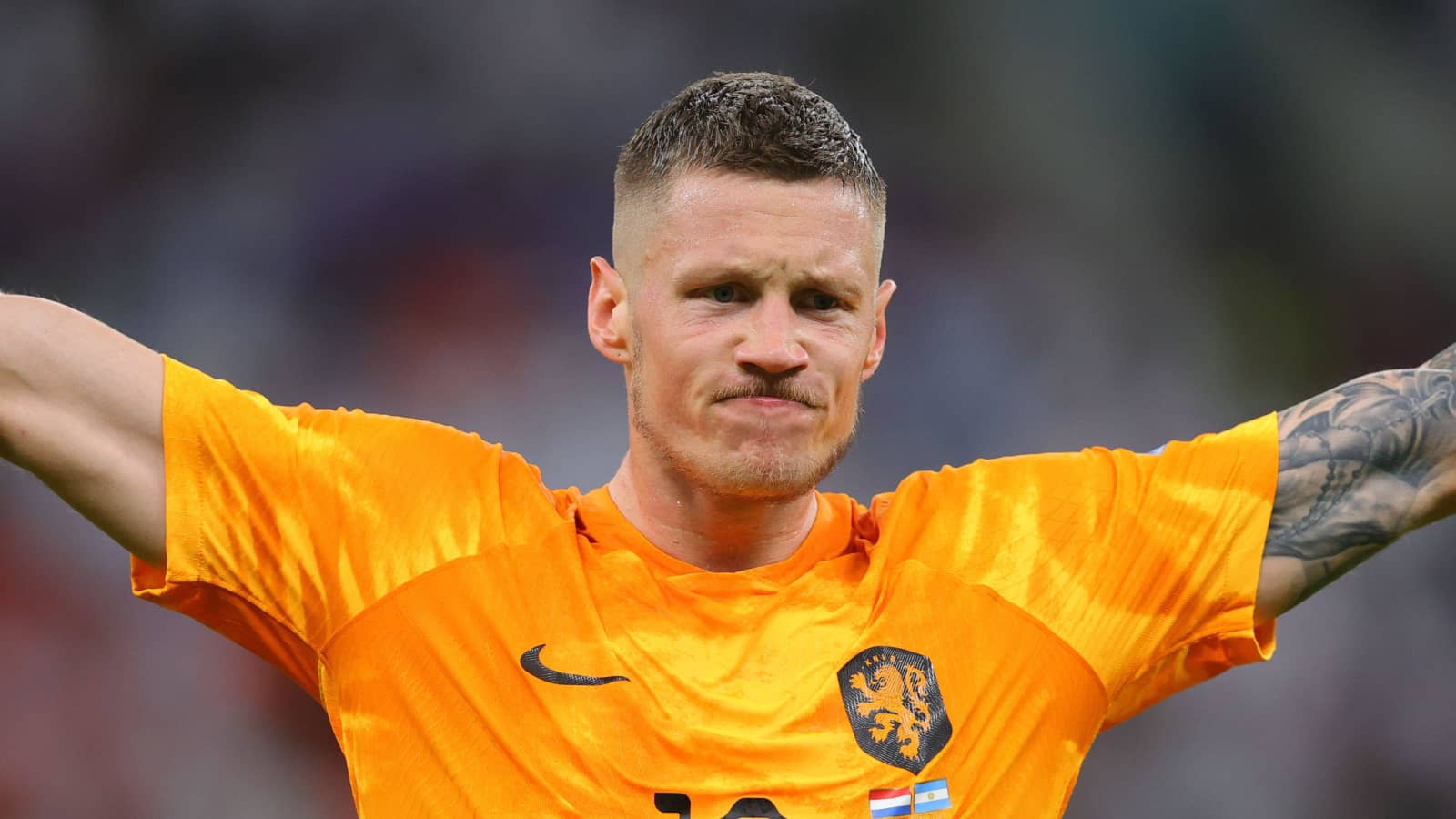 After years of mediocrity and lack of improvement, it looks like Manchester United has entered a rather interesting phase in its development in recent times. The football has improved in recent months and it looks like there is an air of positivity hovering around Old Trafford. This is definitely due to Eric ten Hag's excellent recruitment and football philosophy.

But Erik ten Hag finds himself in a bit of a quandary. United are playing attractive football and creating chances but there is a certain lack of ruthlessness in the finishing department. Meanwhile, across the pond, the noisy neighbors have a lethal target man with Erling Haaland who's on course to achieve a 50+ goal season. And this comes in stark contrast with Manchester United letting go of Cristiano Ronaldo. Amidst this acrimonious departure, a frequently injured Martial, Cody Gakpo choosing to sign for Liverpool, lack of funds to purchase a striker with the impending purchase of the club on the horizon, surely means that Erik Ten Hag & the recruitment team at Manchester United have to dig deep to solve their striker conundrum.

And that is exactly what Manchester United are getting with Wout Weghorst. On paper, this is a very shrewd gamble from Erik ten Hag. Not only does he fit the manager's principles but Weghorst has also had a very interesting career that has added steel to his mentality. A player with competitive spirit akin to Lisandro Martinez.

If you're intrigued like we are, then we would like to get you up to speed with Wout Weghorst's career so far and his journey that's led him to his potential loan spell at Manchester United.

Wout Weghort's is what one would call a late bloomer. He took an unconventional route to his professional career by playing most of his youth games in the Ninth tier of Dutch football at DETO Twenterand. He only signed for a professional club at the age of 18.

He then made his foray into the top tiers of the Dutch League with stints in Willem II and Emmen and got his first major break at Heracles Almelo where he was part of the squad that entered Europe for the first time in their history!

Into Dutch spotlight with AZ Alkmaar

During his time at Heracles, Weghorst attracted potential suitors from the English Championship.

Cardiff City & Wolverhampton Wanderers F.C almost signed him in 2016. At the time, Weghorst was viewed as an aggressive and intelligent poacher that would come at a cheaper price due to his lower profile at Heracles. He was almost set to move to the  Championship side but Cardiff backed out of the deal due to a change in conditions.

Weghorst eventually signed for AZ Alkmaar where had 2 largely successful campaigns. He scored his first Europa League goal, scored 20 goals in 29 appearances and got appointed as the vice captain of the team. This eventually led to him earning his first Cap for the Dutch National team in 2018

2018 to 2022 were very fruitful years for Weghorst where he scored 18, 20, 25 and 7 goals. One of his standout performances was his hat-trick against Fortuna Düsseldorf which made him the first Wolfsburg player to score a hat-trick since Mario Gomez in April 2017 at Bayer Leverkusen.

It was in Wolfsburg where he scored a goal that eerily resembles the equalizer he scored in the  Quarter Finals of this World Cup in Qatar against Argentina. Talk about Deja Vu!

Weghorst finally made his big move to the Premier League in 2022 when he joined Burnley. Unfortunately his performances along with Burnley's playing style and poor performance in the league meant he could only score 2 goals. Burnley would eventually get relegated.

This slump in the club's fortunes forced him to look for loans elsewhere. He signed for Turkish side Besiktas where he's currently playing and has found some joy again, scoring 9 goals in 18 games. He is a fan favorite due to his hard work and intense pressing and hounding in the final third.

His performances in Besiktas earned him a spot in the Dutch National team for the Qatar World Cup. Achieving at the club level is one thing, but to be included in the National Team for the World Cup is definitely the pinnacle for every professional player. And to get his first World Cup call up at the age of 30 is a testament to his desire and persistence as a player.

In a very hot Qatar, Weghorst found himself on the bench for pretty much the entire tournament. The Dutch Team reached the Quarter Finals rather comfortably where they met their first big test against Lionel Messi's Argentina. The Dutch team were playing catch up and found themselves 2-0 down by 70 minutes. With a need to shake things up, the coach Louis Van Gaal brought on Wout Weghorst to shake things up and try a different strategy. And speaking of huge impact ...

Weghorst scored a brilliant header  in the 83rd minute and equalized with the last kick of the game in the 90+11 minute injury time. Remember the cheeky set piece routine during his time at Wolfsburg we mentioned earlier? It was replica of it, but on the left hand side. Here's a brilliant fan cam view of the goal.

We were watching a World Cup classic unfurling before our eyes and Wout Weghorst was playing a leading role in it. Before his introduction, the Dutch squad looked deflated and over powered by Argentina. After his introduction, he injected energy, aggression and brought a change in mentality.

The game eventually went to penalties where Weghorst did his part by scoring, however the Netherlands went on to lose. And Argentina went on to win the tournament. But for Weghorst, he had finally risen to the global stage.

Auditioning at the Theatre of Dreams?

Where does Weghorst go from here? Well, it looks like he's on his way to Manchester United looking at reports and also based on his celebration for Besiktas where he seemed to say farewell.

The club is looking for a loan deal to solve their striker issues and Workhorse Weghorst looks like a good fit for Erik ten Hag's outfit.

While this is a loan deal, its an irresistible offer to snap at the chance for playing for a massive club like Manchester United. He might not fit the mold of past legendary strikers like Cristiano Ronaldo, Wayne Rooney, Robin van Persie, Ruud van nistelrooy etc, but what he offers is exactly what Manchester United needs at this moment.

And who knows! If the loan goes according to plan, he might finally land a more permanent role in Erik ten Hag's production of the United Renaissance.